In a recent blog post, Instagram reaffirmed its commitment to lead the fight against online bullying. This isn’t the first time we’ve covered Instagram’s efforts and it is good to see the most aesthetically-minded of all the social networks taking efforts to protect its users against online abuse. Mental health is fragile on social media and Instagram users can often castigate themselves even before the bullies get a chance to. 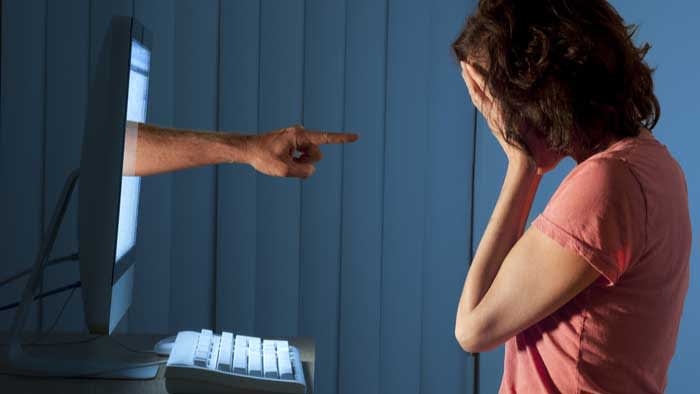 This is why it was refreshing to see Instagram remove the “like” counter on posts, which itself continued on from anti-bullying action it took back in October. This action included introducing an AI algorithm that hunts out bullying sentiment and the promotion of anti-bullying campaigns across the network. So, with Instagram reaffirming this mission, let’s have a look at the new actions the social network is promoting.

The first major feature uses the anti-bullying AI we mentioned earlier, and forces bullies to reconsider their potentially harmful actions. Whenever an Instagram user moves to post content that the AI flags as potentially offensive, Instagram will let them know and ask them if they’re sure they want to post it. 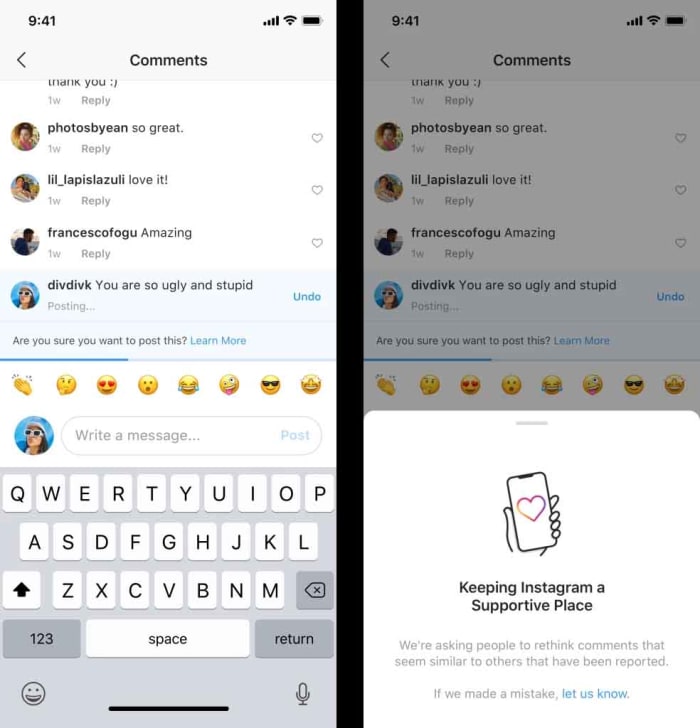 Instagram claims that early tests of this feature, “… have found that it encourages some people to undo their comment and share something less hurtful once they have had a chance to reflect.”

Although this action might not sound like much, it is worth noting at this point that some bullies won’t consider themselves to be bullies and might not even be aware that the comments they’re making could be harmful to the person who is on the receiving end.

The second action Instagram has taken is a move to protect the victims of online bullying.

“Restrict” gives users the chance to control the comments and posts that they have to interact with on Instagram without notifying any users whose content might fall under the limits of the new feature. This feature comes directly from feedback the social network has received from users, who’ve said, “… they’re reluctant to block, unfollow, or report their bully because it could escalate the situation, especially if they interact with their bully in real life.” 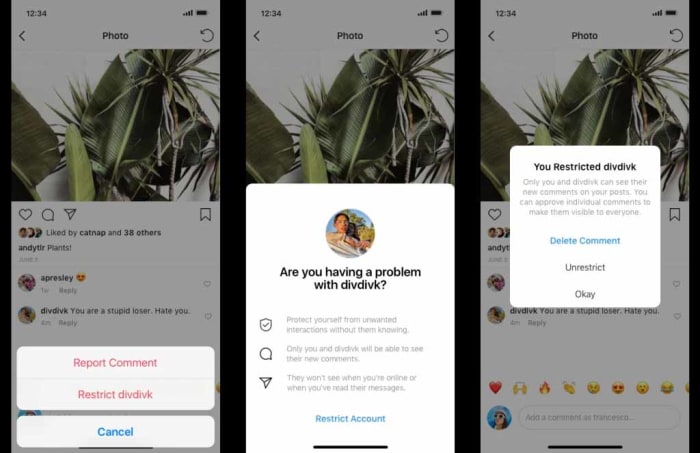 Whenever a user restricts another user, their comments will remain visible to them as they always have done but the restrictor, or anybody else viewing the original post, will not be able to see them. The feature also gives the restrictor the power to make the restricted comments visible, should they be suitable. Another cool feature is that all users you’ve restricted won’t know when you’re online or be able to see, if you’ve read their direct messages.

You can now mute accounts on Instagram. Here’s how.

Both of these features mark positive tools for Instagram users falling on both sides of the bullying relationship. Hopefully, over time their positive effect will become well-known with bullies making less hurtful comments and victims being able to control who sees anything negative said about them on any of their posts.

Social media worse for mental health than we thought ►