Last last night, some Instagram users began seeing an ad for an app called Bolt. The ad contains a description of the app which reads “One tap photo messaging,” and is cut off by a series of emojis. Take a look yourself. 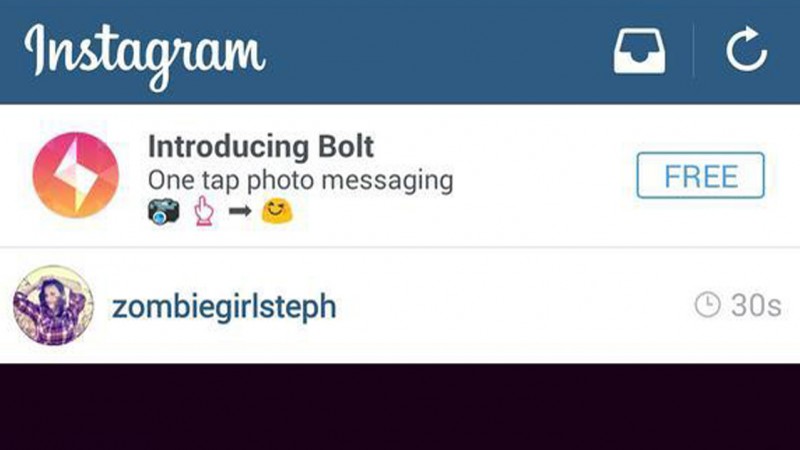 Did anyone else get this weird bolt notification on their Instagram earlier? pic.twitter.com/SBrLH7qTTK

This leaked ad is interesting for two reasons: this may be Instagram’s answer to Snapchat (Android | iOS) and Instagram is apparently testing in-app app installs.

Facebook, which owns Instagram, already has its own Snapchat competitor called Slingshot (Android | iOS). The app received lackluster reviews so it’s curious why Facebook would need another Snapchat-like app.

Facebook has a history of testing features with a small number of users before rolling them out to the masses so this Bolt ad seems legitimate. Slingshot was also accidentally leaked on the App Store before its launch.

Use IM+ as an alternative to Facebook’s Messenger app

How to add photos to your Snapchat Story