Facebook has announced to the world plans to merge its three major products Facebook Messenger, WhatsApp, and Instagram. Facebook has owned WhatsApp and Instagram for a while now, but it promised both products would remain independent back when it acquired them. The planned merger then, sees Facebook going back on its word, but what else does it mean for users of the three big programs? Let’s take a look. 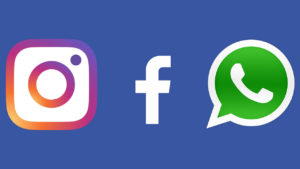 First off, according to the report in The New York Times that first broke the story of the big merger, only the back end of each program will merge. This means that each product will remain distinct from each other. We won’t be getting one big social network that will replace Messenger, Instagram, and WhatsApp.

Instead, the merger will be a behind-the-scenes affair with the technology that makes each app run being linked rather than the apps on our phones. This does mean, however, that once the merger has gone through, WhatsApp users should be able to send messages to Messenger and Instagram users and vice versa.

How to find and block advertisers and apps on Facebook

For this cross-app compatibility, the trade-off is privacy. Some lawmakers in the U.S. have already raised the alarm as the issue relates to both the past and the future. California congressman Ro Khanna (D) believes there should have been more scrutiny when Facebook acquired Instagram and WhatsApp in the first place. “Imagine how different the world would be if Facebook had to compete with Instagram and WhatsApp. That would have encouraged real competition that would have promoted privacy and benefited consumers,” Khanna said.

When Facebook bought Instagram and WhatsApp, it killed off competition, which could have led to the development of different profit models for social networks – profit models that might not have included the wholesale harvesting of data relating to everything you do online.

Social media worse for mental health than we thought

Moving forward, the merger brings together the data of users who’ve signed up to different social networks for different reasons. Your Facebook Messenger account may be much more open than your Instagram and WhatsApp account but once merged, all of the data will be kept together. In theory, this could offer Facebook a new way to monetize your data by cross-referencing your anonymous data with your more public profiles.

Facebook are going to monetize encrypted messaging by consolidating metadata analysis of 3 key platforms (Messenger, Whatsapp & Instagram). They will make money by tracking your relationships and social groups. They will make that information easily accessible to law enforcement.

The flip side to this is encryption. Facebook claims that the merger will bring WhatsApp’s famous end-to-end encryption to Facebook Messenger and Instagram. Another potential benefit is the stronger anti-fraud protections that could come from consolidating three of your major social media accounts. It would be harder for somebody to pretend to be you if they weren’t using one of your main linked accounts.

The encryption issue, however, might not be that easy to implement. It could create an increased likelihood of error and crucially, could prevent Facebook from accessing data it already enjoys. Jim Fenton, an independent security expert told Wired, “It [bringing WhatsApp encryption to Messenger and Instagram] is too technically challenging and would cost Facebook access to lots of data.” This means we might never see it.

All of this means that it is still too early to say what the effects of the Facebook Messenger, WhatsApp, and Instagram merger will be. It is highly likely that we’ll be able to message each other across the three platforms but the true privacy implications are, as yet, unknown. Facebook claims to have privacy concerns at the heart of the merger but with lawmakers and privacy campaigners already raising concerns about the potential for abuse of such a big collection of user data, it’d be foolish to take Facebook’s word as it is. With the merger announcement itself breaking past promises from the social giant, it is clear that we should all tread carefully with this one.