Today we’re going to look at some of the best Instagram accounts across a number of different categories. In particular, we’ll be focusing on Instagrammers with the most followers. This will allow us to cut through all the subjective arguing that could go into what an Instagram account needs to be or do in order to be good or, indeed, the best. Today’s not about hashtags, snippets, tweets, or color palettes. Today is all about raw numbers. These are the influencers and Instagram users with the most followers. 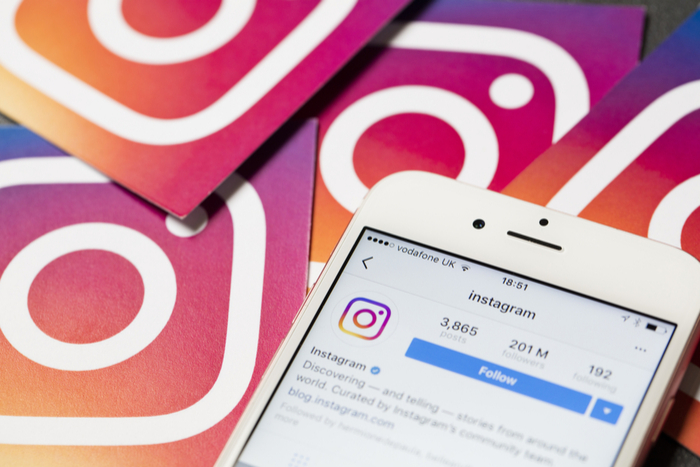 The categories we’ll be breaking today’s social media popularity contest into will be musicians, movie stars, and sports stars. So, without any further delay, let’s go through all the top Instagram accounts.

Ariana Grande has the second most followers of all on Instagram, well third if you count the social network’s own account. We’ll get to the top dog in a moment but number two belongs to the pop sensation Grande. Already a global star at the time she won hearts a couple of years back when her concert in Manchester, UK was bombed by terrorists and she showed solidarity with the victims and even threw a benefit concert. Her Instagram account offers a behind the scenes look at her concerts, selfies, and cool Instagram stories as well as many public appearances, with the odd personal Instagram photo thrown in for good measure.

Hot on the heels of Grande is Selena Gomez who began her career appearing on children’s TV shows. She’s since moved on to singing, acting in TV shows, and is also a TV producer. As seems to be the trend now for owners of Instagram mega accounts, Gomez has set up a beauty firm too, which itself has over a million followers. This account is very much the same as Grande’s, showcasing Gomez’s fame and beauty in a tasteful fashion.

Queen Bee comes to take the final spot in our top three most popular Instagram. Beyonce is more of a cultural force of nature than your regular superstar. Everything she touches turns to gold and she has a voice that soothes the nation. This Instagram account just screams star power.

The number one movie star in the world, at least according to Instagram, is Dwayne “The Rock” Johnson. It’ll probably be no surprise to most of you at all who are no doubt following The rock for all his movie insider posts and powerful workout assistance and motivation posts too. Recently, however, The Rock has also been using his account to plug his new Tequila brand as well.

J Lo comes in as the second most popular movie star on Instagram, with her recent role in Hustlers showing that she still has plenty of power on the big screen. Lopez is another multi-talented star, however, and her Instagram account reflects this, showcasing posts from her slots on TV, performing in concerts, fashion shoots she’s done, and more.

Movie star number three in today’s list is funnyman Kevin Hart. Hart ascended to mega movie star status from the stages of the stand-up comedy circuit and has never looked back. He’s since become a bit of an onscreen lothario and you’ll plenty of posts here of his training as well as more family-focused content too.

So here we are. Who would have guessed that the biggest Instagram account in the world would belong to a sports star? Portuguese Footballer Cristiano Ronaldo takes the top spot, with over 20 million followers more than Grande in number two. Ronaldo’s account is very much a window into his family life, but it also includes plenty of personal snaps and a few training photos to go with them too. It has to be said, Ronaldo’s Instagram account makes him look like a really nice guy.

Instagram has spoken and declared Ronaldo the winner in the beautiful footballing battle that has been waged between him and Leo Messi for more than a decade. Ronaldo has almost 70 million followers than Messi, which proves only one thing, Instagram doesn’t know anything at all about football. We bet you Instagram even calls it soccer! Messi’s account is in fact pretty similar to Ronaldo’s to be fair, offering an inside look into Messi’s real-life while also showcasing training videos and photos alongside the odd post advocating for good causes.

Another footballer takes the third top spot in sports Instagram accounts with the Brazilian Neymar taking the honor. You have to go all the way down to 38th most popular Instagram account in total to get to a sports star who isn’t a footballer that falls on Indian cricketer Virat Kohli who sits just above Justin Timberlake. To be fair to Instagram on football, they’ve called it OK here, he’s incredibly talented but not fit to lace the boots of Messi or Ronaldo so his position in number three is well warranted.